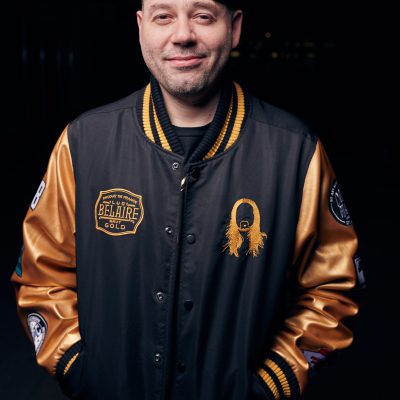 When it comes Croatian hip-hop, there’s only one name and one crew you need to remember…

Phillie got into hip-hop way back in 1984. after hearing UTFO’s Roxanne Roxanne on Zagreb’s legendary station Radio 101 and watching classic films such as Beat Street, Wild Style and Breakin’.

Following a brief stay in the US in 1991. he met DJ Frx with whom he co-hosted Blackout Rap Show since ’93, Croatia’s number one rated hip-hop radio show, To mark the show’s 10th anniversary, they released a double vinyl: Blackout 10 (The Best Of Hip-Hop), a compilation of the most important tracks released by artists from Croatia’s richly diverse and exceptionally creative hip-hop scene. This coming November Phillie will celebrate his 27 years in the game with a number of events in Zagreb.

Phillie has DJ-ed not only in Croatia, but also in New York (Toca Tuesdays), Germany, Austria, France, Italy, Switzerland, Slovakia, Norway, Sweden, Denmark, Bulgaria, Holland, Russia… He has also penned articles for a number of the world’s leading hip-hop magazines including Backspin (Germany), DJ Mag (UK) and The Source (US) and interviewed artists such as 50 Cent, N.O.R.E., Wu-Tang Clan, Ice-T, Nile Rodgers (Chic), DJ Premier… Phillie can even be heard in a skit on the Dilated Peoples LP ‘The Platform’.

Meet the festivals : Pitch your act to different festivals

How to get bookings at Festivals PART 1