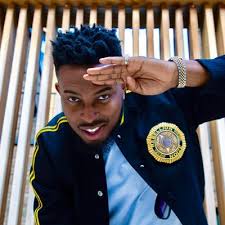 MR PLAY covers a remit more than one title alone can hold. A master of Turnin’ up every party crowd; whether at home in the cosmopolitan melting pot of London, on the dance floors, pool sides or clubs spanning international cities across the globe. MR PLAY has been welcomed and supported by many crowds and fans in countries such as; UK, Portugal, Cyprus, UAE, Spain, France, Rotterdam and the USA, to name a few.

More recently, MR PLAY has been recognized for his representation with Wiz Khalifa and Taylor Gang in the Red Bull Sound Clash at London’s O2 and Disturbing London, ATL in 2016/7.
Well known as the Resident DJ at Memorial Day Weekender Festival in the Dominican Republic, and now for the 5 year running, as well as Fresh Island Festival, Croatia for the 3rd year running!
Being of Sierra Leonean descent, MR PLAY is making his effort to bring his country of maternal origin on the map, by headlining at a yearly music Festival every December.

When not DJ’ing and hosting parties MR PLAY serves as an ambassador of his hometown working alongside International Artists & Sport Athletes both in London and around the world.
He has a keen interest to share his experience and knowledge with the younger generation, and is an active member for the Board of Lambeth Steering Committee. Through his work with the council, he aims to support and motivate young people to achieve their own dreams within the music and entertainment industry. An active participant too of the New Skool Rules Music Industry Panel in Rotterdam yearly, MR PLAY extends his advice and guidance to those with a similar dream across the European region.