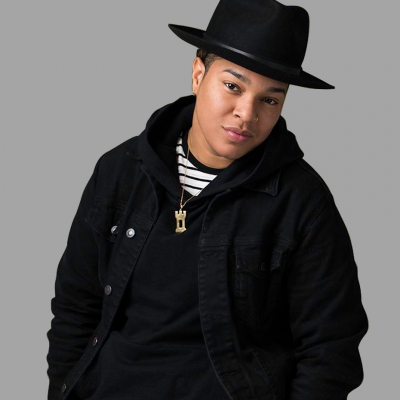 Kiana “rookz” Eastmond is an award-winning entrepreneur, the founder of Sandbox Studios and now one of the most recognized executives in Canadian Urban Music. rookz’s brainchild Sandbox Studios is one of the most successful Urban Artist Development, Recording and Visual studios in Toronto. The studio has opened its doors to both international and local talent such as Cardi B, Tory Lanez, WondaGurl, Little Simz and of course the city’s up and
coming acts. After working with legends within the music industry as well as budding stars, it became evident to her that Canada lacked the infrastructure to develop of a healthy and sustainable urban music industry.

This led to rookz leaning into the Canadian music business industry to create space for the genre she’s had a hand in shaping North of the biggest culture export market in the world Sitting on municipal, provincial and federal music councils, recently elected to the Toronto Music Advisory Council and just ending her term as the Executive Director of Manifesto. Focused on the economic impact a healthy music industry can have on this particular community of creatives rookz travels the world speaking, building and connecting Toronto to the world.

a recognized brand of her own, rookz has worked with Nike in a national campaign that focused on unsung heroes. The campaign highlighted her love for community and the framework that she has built. In addition to Nike, rookz is Google Pixel partner, has worked with YouTube Music, Jordan, American Express and Live Nation just to name a few. She has also appeared in The Globe & Mail, ELLE Magazine,Complex, FLARE, Toronto Star, Exclaim and NOW Toronto among others.

Focused on working with lavels, brands and government both in Canada and neighboring markets, rookz continues to focus on building a national strategy to highlight both the creative and business talents in Urban Music here at home. With a dedication to building something out of nothing, rookz’s #CreateFate brand is a testament to being able to do anything because as she puts it, “your conditions don’t have to be your conditioning.”