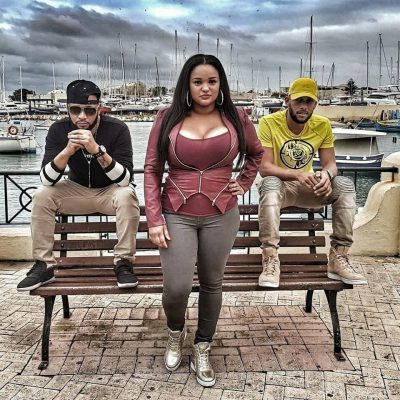 I would like to introduce you to “GHETTO FLOW”

Ghetto Flow is an urban/Latin music group of Dominican origin, based in Europe.

The group has performed on major stages in Europe and Latin America. Sharing the stage with Latin music stars such as Marc Anthony, Don Omar, Wisin y Yandel, Aventura, Tego Calderón and others.

With the single “Perdimos El Control” they reached the number one position in the FunX XChart. The Dutch radiostation; FunX, acknowledged the track for several weeks as one of the best songs at that moment.

The song ” Fino” got more than 300.000 streams on their Spotify account. The fans responded by getting in front of the camera and making various videos in which they sing parts of the song. Ghetto Flow assembled these videos into a music video.

The single ” Di Que Si” has an Indian sound mixed with a commercial touch. The song is released alongside a video, which has an Indian Bollywood style and concept.

A collaboration that cannot be passed by unnoticed is the Spanish Version of the hit song 18+ with the well-known Dj’s Afro Bros.This song is released under the label Spinnin Records