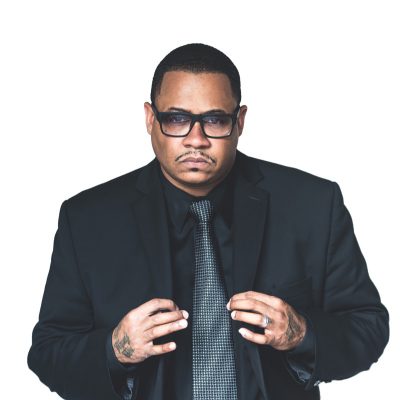 Focus…’ impressive production skills were first recognized by the legendary Dr. Dre (aka Andre Young). Dre, who admired the creative sound and ingenuity of Focus…‘ genius musical ability, decided to sign him as a staff producer for Aftermath Entertainment. Focus…’ contribution to Aftermath began in 2001 and continues to present day as he is a major contributor on the recent release of the highly anticipated album ‘Compton’. Focus… was a major contributor to ‘Compton’ and was heavily involved in the production of the Intro, Loose Cannon, Issues, Deep Water, One Shot One Kill, and Medicine Man; he also assisted Dr Dre in the final mix of 7 tracks on ‘Compton’.

Focus… is the son of Bernard Edwards; legendary bassist and founding member of the hit-making 70’s disco band CHIC. Focus… credits his father with his natural ability to create music. His intrinsic aptitude for producing great music was apparent as a young child. The foundation of his musical leanings can be attributed to frequent studio sessions with his father and watching the rise and success of the renowned band CHIC.

Bernard Edwards Jr. was born in Manhattan, New York, and currently resides with his family in the suburbs of Los Angeles, California.

What makes you succesful in the music industry? Keeping it 100%

Who has the bigger hits Troy Taylor VS Needlz VS Focus